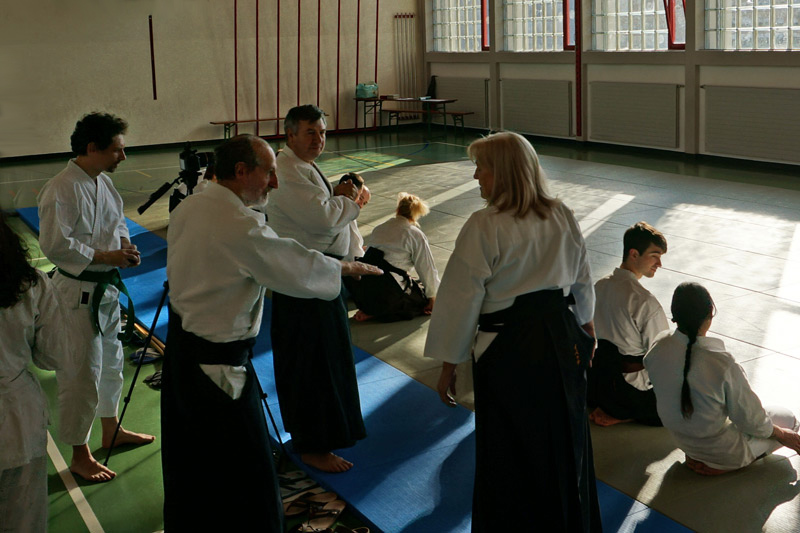 In sunny weather and pleasant, mild temperatures, the traditional seminar with Maurizio Volpe and Gianni Gioconto from Novara started on Saturday, February 15th, 2020, at 3 p.m. It has been an integral part of the annual program at Aikido Balerna since 2010, and Gianni Gioconto has been teaching together with Maurizio on this event since 2017.
Although the density of seminars in northern Italy is very high at the beginning of 2020, many aikidoka also came from there. Guests came from the dojos in Vercelli (I), Novara (I), Stabio (CH), Sessa (CH), and even a group of five aikidoka had come from the dojo in Ronchamp (F).
Maurizio started the seminar with Ki Musubi, Kenkotaiso and Aikitaiso. Then followed some techniques of the 2nd Kyu program such as shomenuchi in suwariwaza and in tachiwaza. The main part of his teaching concerned Tsuzukiwaza 18 (yokomenuchi), which is required for the 3rd Dan. At the end of the lesson, Fabio, Samuele and Christoph were allowed to perform this tsuzukiwaza, so that the other participants could look at the complete composition again.
After a short break, Gianni took over and he first let practise the entire basic program for the Jo: Jo Kenkotaiso, Jo Aikitaiso and Jo against Jo. Jodori tsukikaeshi and Jodori zenponage followed. The final part was Jonage irimi. The techniques were explained in detail and Gianni attached great importance to making the movements as simple and uncomplicated as possible.
After the lessons, almost all participants stayed in the sports hall for dinner. This was donated by the Dojo Aikido Balerna. Some guest aikidoka also had brought delicious things, which were enjoyed by all. After the extensive meal with salami, farro, spring rolls and giant pizzas, as well as lemon cake, baklava and chiacchiere, the happy round broke up shortly after 9 p.m. The hall and changing rooms were cleared up to make it easier for the charwomen, who cleaned everything for us on Sunday morning at an early hour. 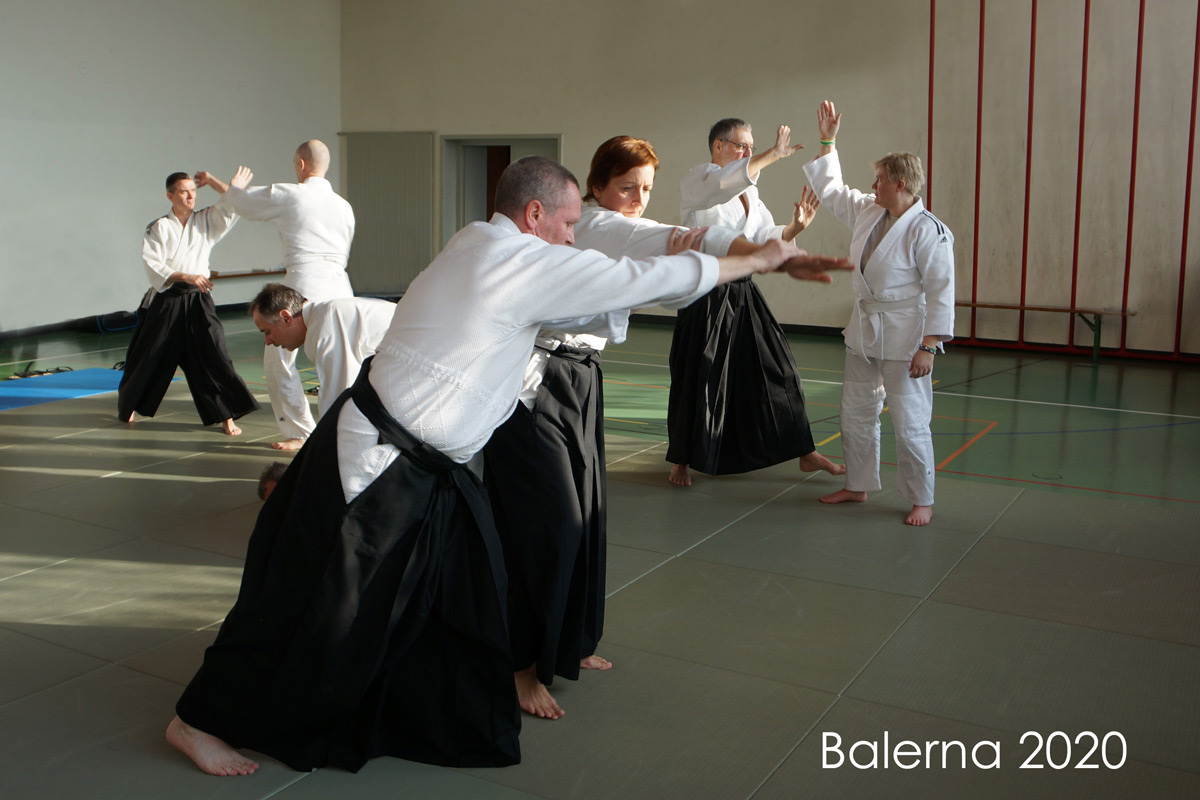 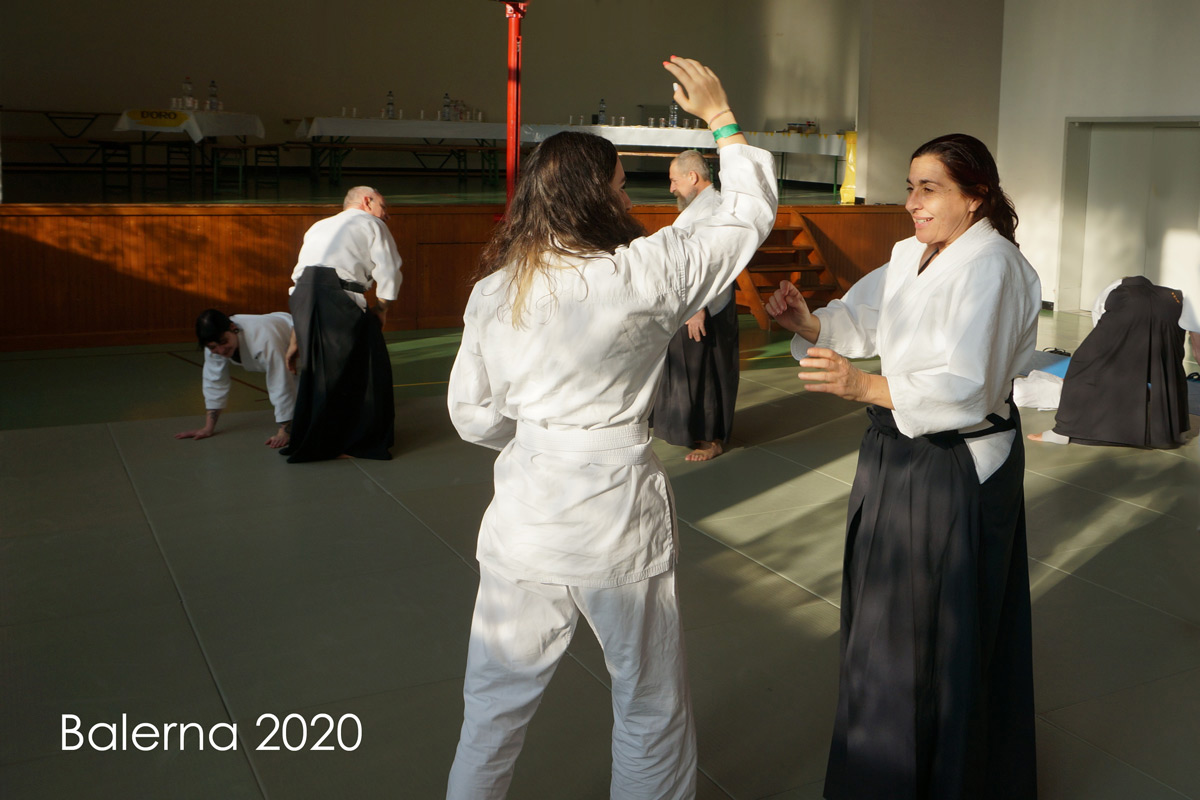 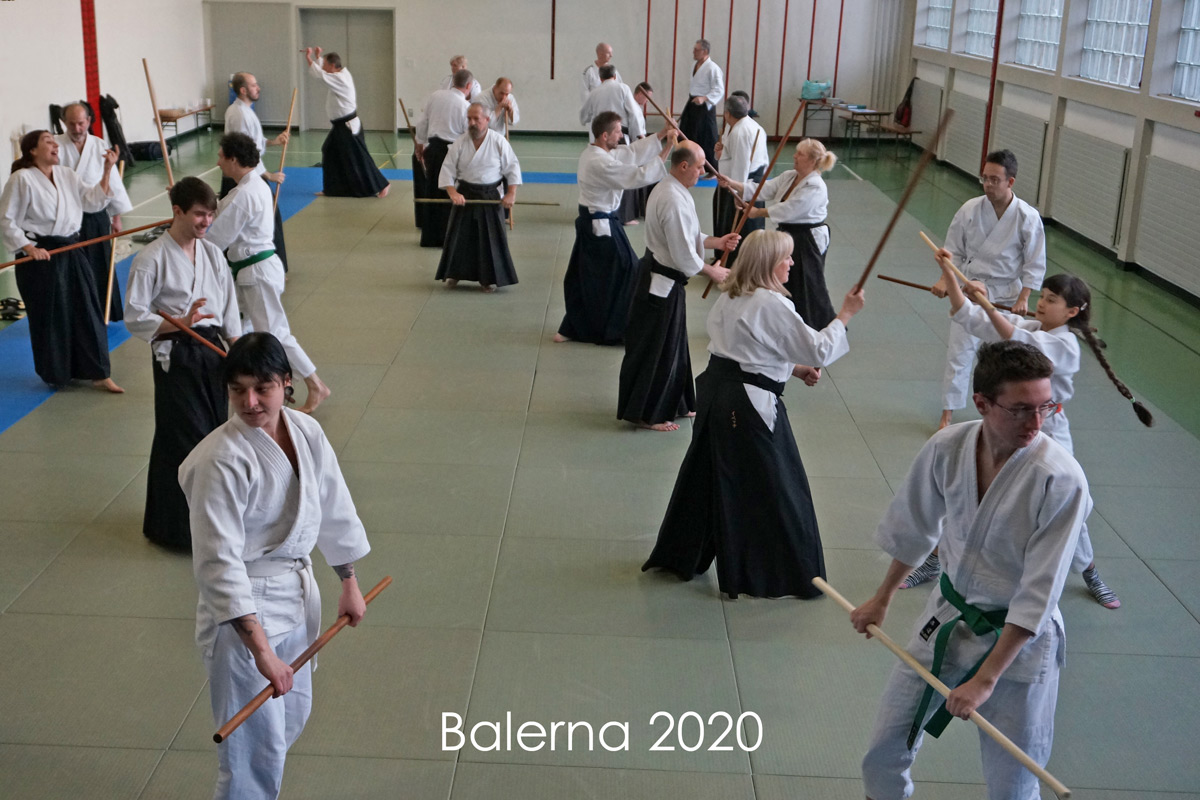 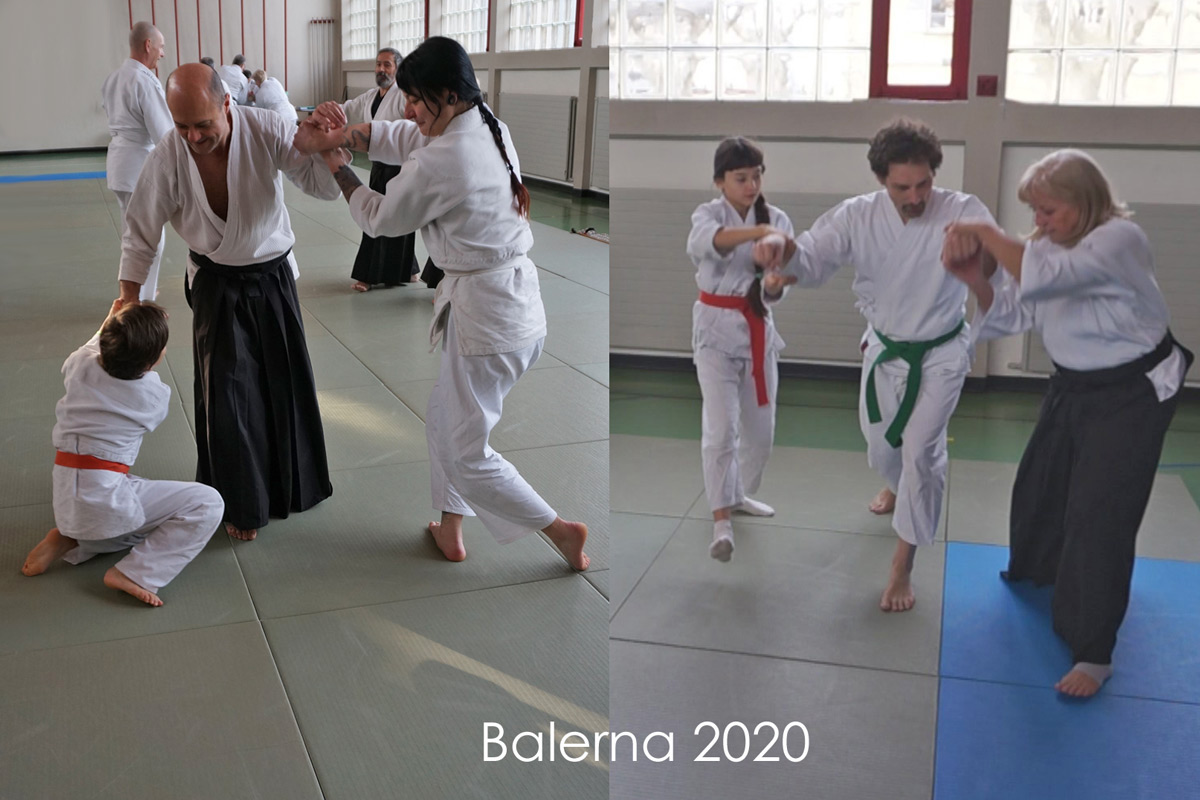 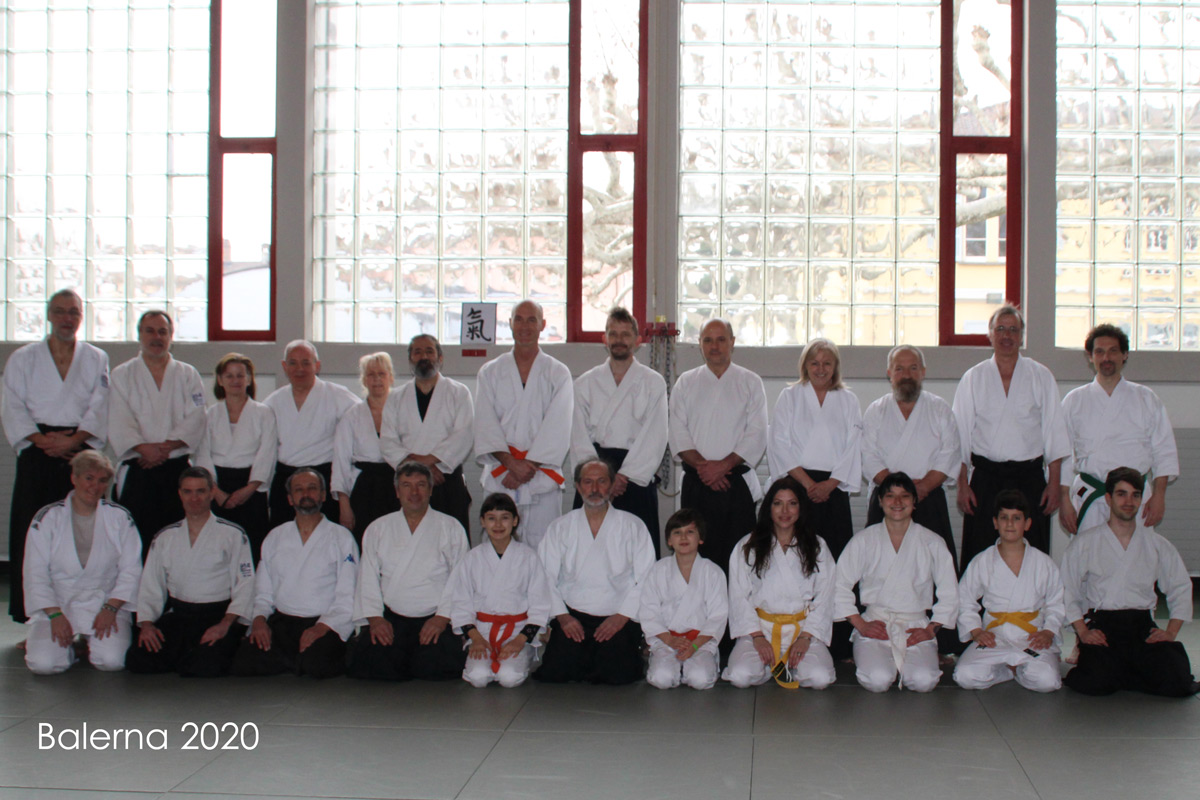 Gianni started class on Sunday morning. He showed the techniques of Tsuzukiwaza 10 (taninzugake). He disassembled some techniques into elementary parts and explained how popular mistakes can be avoided with the correct concept and with simple movements. This was very helpful for the aspirants to the 3rd Dan. The higher Dangrades could improve their way of performing and even for those who had not practiced Aikido for so long, the techniques were easy to understand.
Maurizio took over the second half of the morning. He started with the first three techniques from Tsuzukiwaza 9 (tsuki & keri). At tsuki koteroshi tenshin, he showed the difference between tenkan, the old concept, and tenshin, the newer concept by Yoshigaski Sensei. While tenkan is more of a mechanical rotation, tenshin means a completely different relation between uke and nage.
Since there were some participants on the mat preparing for the 2nd Kyu, he then went on to katadori ikkyo to yonkyo. It became clear why ikkyo does not cover all situations. Depending on the behavior of uke, it is necessary to use nikyo, sankyo or yonkyo.
After 420 minutes of instructive lessons in a cheerful atmosphere, the seminar ended at 12 noon. With the help of all participants, the mats and all tables and benches were quickly cleared away and the hall was free again for school lessons on Monday morning.
A large group went to the Grotto del Mulino for lunch. Around 2:00 p.m., the friends from France and Italy made their way back home. We look forward to the next seminar!