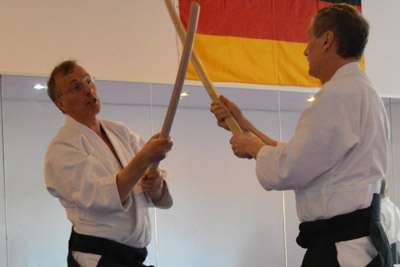 On 16 February 2019, the Association for Ki, Aikido and Health e.V. held its first workshop of the year under the direction of Bernhard Boll (5th Dan), head of the aikido group in Hechingen. The year before, it had snowed unexpectedly hard on this occasion, this time the sun was shining and the atmosphere was almost spring. There were 9 Aikidoka from Hechingen on the mat in the Kampkunstcenter, from Dojo in Trebur (South Hesse) had 3 Aikidoka arrived. Christos had brought a bonsai that enhanced the atmosphere in the dojo. The course started with gymnastics, stretching and aikido base movements. Then Stefan took over and presented the techniques of the Tsuzukiwaza Shomenuchi for the 2nd Dan. After a short break, we continued with ki- and breathing exercises. So the four Aikidoka who took the exams were mentally well prepared. Christos passed the first ki exam Shokyu and Leon passed Shoden, this is the last ki exam before black belt. Klaus presented the techniques of the 2nd Kyu and finally Hamza took the exam for the 1st Dan. All candidates passed with flying colors. It was obvious that Dojo Hechingen practices a harmonious, dynamic and effective aikido. 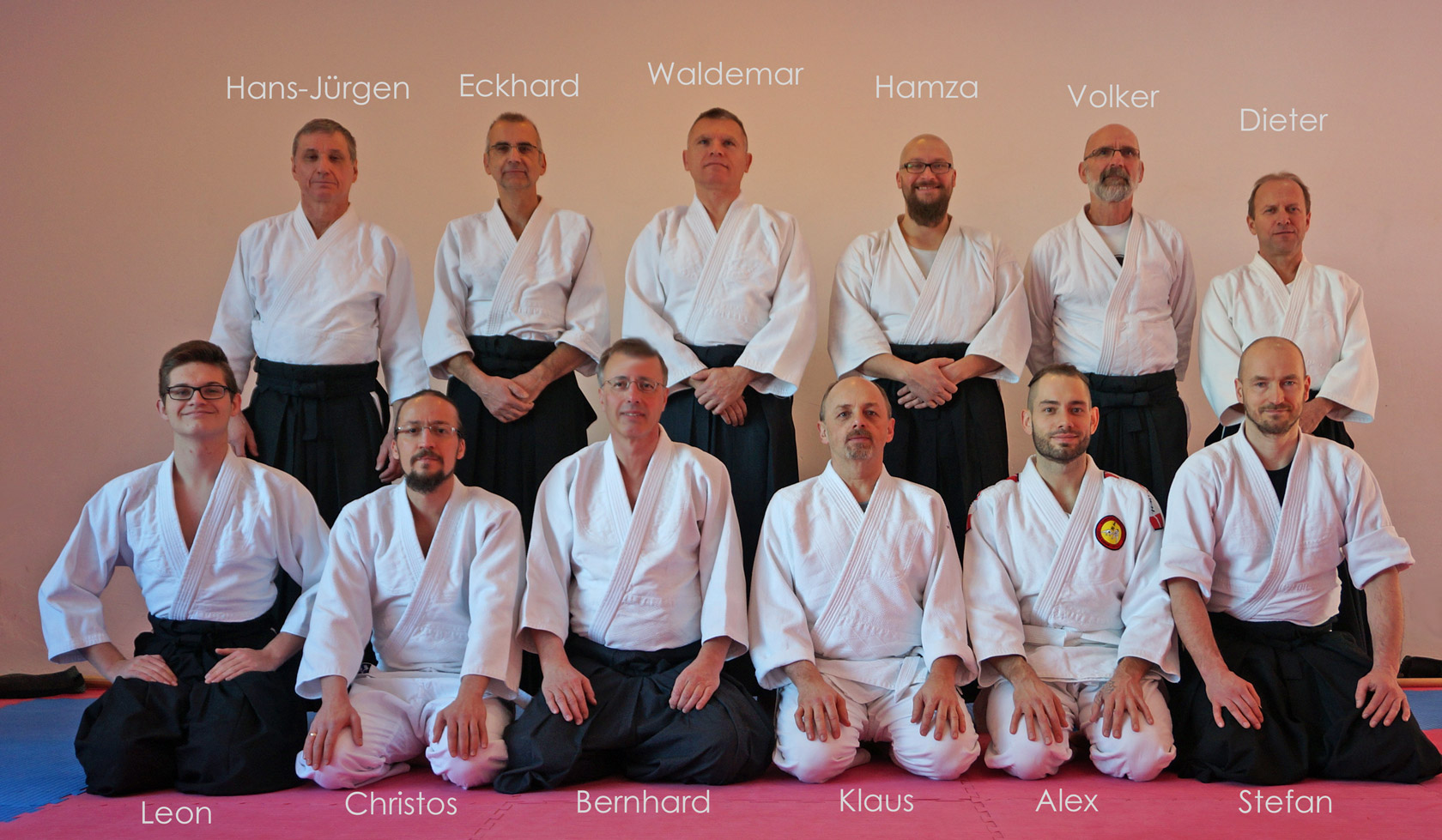 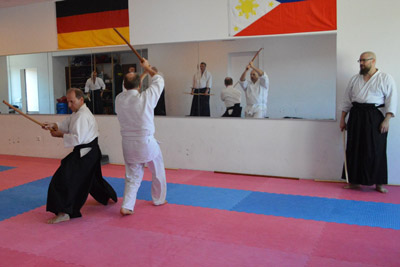 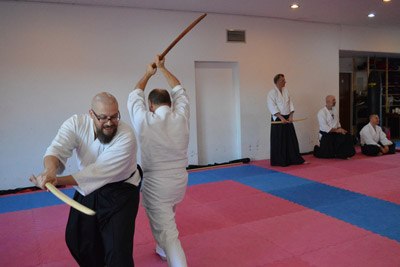 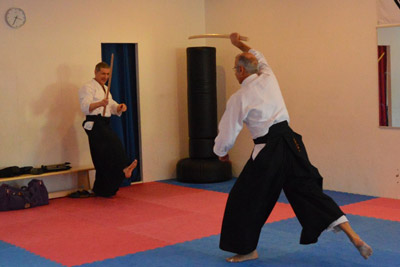 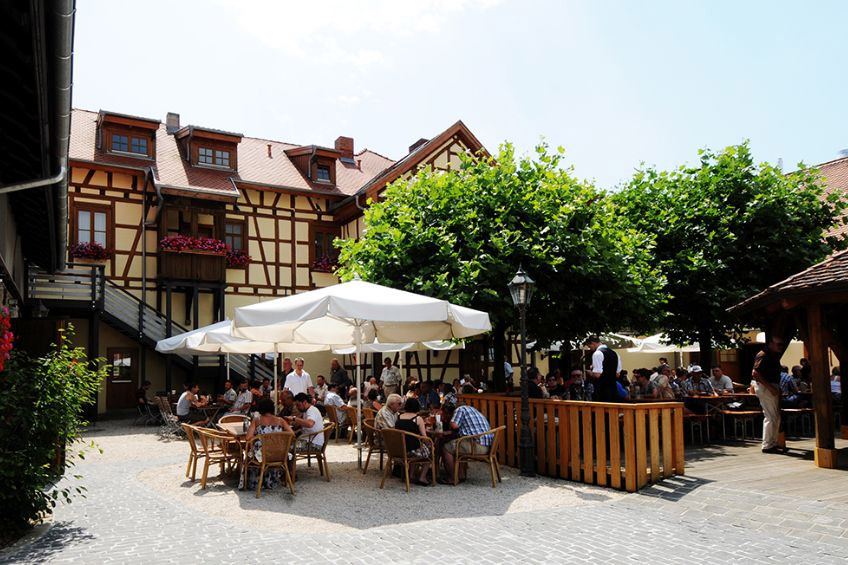 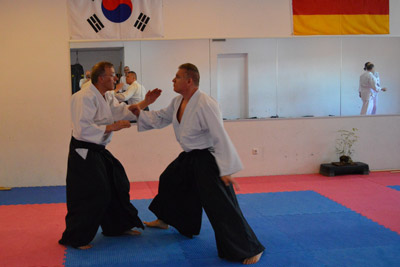 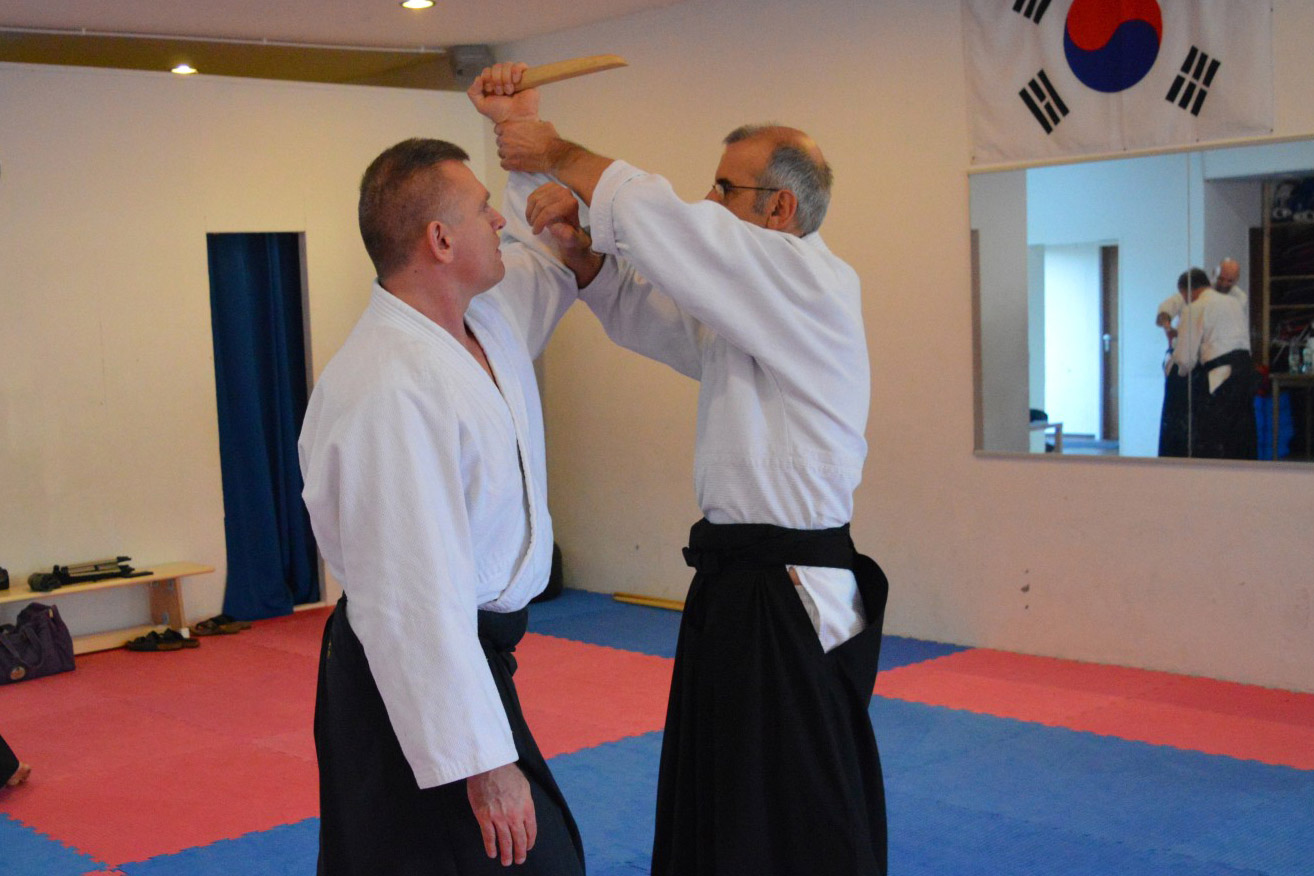 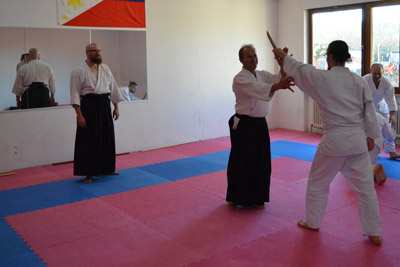 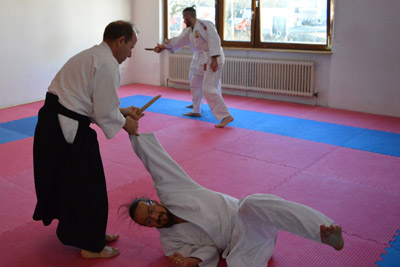 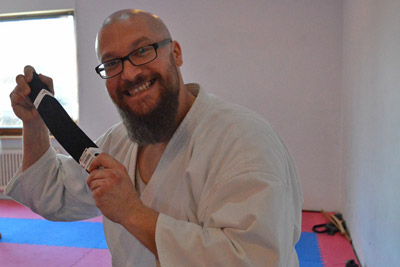 After lunch in Domäne Hechingen we all met again on the mat and Bernhard handed over the black belt to Hamza. Hamza then took over the group of Kyu degrees, they practised Tantodori 1 and Happogiri. Bernhard instructed the group of Dan degrees with Tantodori 2 and Bokken 2. All 4 Tsuzukiwaza are quite demanding. The participants were challenged not only physically but also mentally.
The workshop ended with Bokken breathing exercises and Kiai.
Teachers and participants could look back on an intensive day of practice and exchange. After the training the general meeting of the association for Ki, Aikido and Health e.V. (founded in 1985 in Haigerloch-Owingen) took place. Stefan Neumann was elected the new 1st Chairman and Waldemar Ebisch was named Head Instructor and Exam Chairman. We look forward to the year 2019 and look forward to the Aikido training and that we always learn something new on our way.